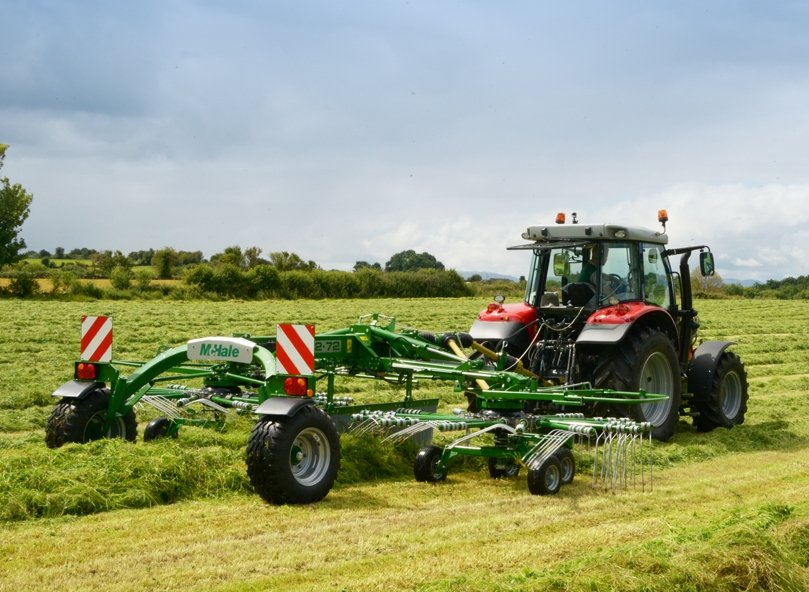 Full Range of Machinery on Show at FTMTA Grass & Muck 2018

Also new to Irish customers is the McHale ProGlide B9000 with Hydraulic Width Adjustment. The butterfly rear mowers now come with a hydraulic width adjustment as an option. The operator can hydraulically adjust the working width to help the mower achieve optimum cutting performance in hilly or undulating conditions. 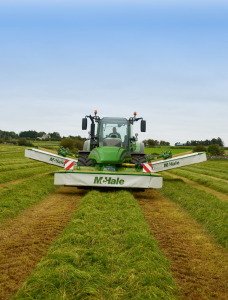 Since the last FTMTA Grassland event, McHale F5, V6 and Fusion Balers all feature a new pick-up which has a number of new features which include;

When combined these features deliver higher output and better reliability in all conditions but greatly improves machine performance in uneven lumpy swaths and heavy and light rows.

McHale have introduced a number of new changes to the Fusion 3 Plus, mainly in the area of bale quality with a bale weighing, bale density and bale moisture content recording option available. This will allow customers to ensure their bales are of maximum quality. Two customisable cameras are now provided as standard on new Fusion 3 Plus machines, which allow for the operator to choose their preferred view of the NRF/Netter camera and the bale transfer and wrapping camera. 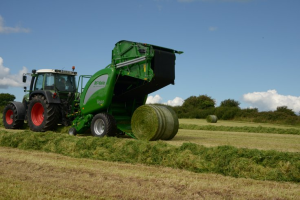 McHale report that in its main markets some customers are using variable chamber machines for silage. As a result, McHale have developed a single belt option which leads to better belt tracking and less crop loss. This full width single endless belt is standard on all McHale Fusion Vario machines and is available as an option on all V6 variable chamber balers. The V6 Variable Range of balers also features a new high performance hydraulic stretch netter unit and a new Expert Plus 3 Control Box which delivers better features and usability. 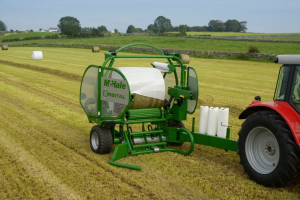 In their square bale wrapping range, McHale have will show its new McHale 998 High Speed which can operate at approximately 35 rpm in High Speed Wrapping Mode. This has the ability to deliver up to 40% more output over a standard 998.

McHale will also demonstrate its new film binding baler the F5600 Plus. The machine has the ability to eliminate the need for net wrap and binds the bale with film in the bale chamber. This film forms part of the wrapping layer to provide a number of advantages;

McHale will have a full range of machines on display on Stand 112 at Grass & Muck. Other machines being showcased at the event include the McHale F5500 Fixed Chamber Baler, a variety of round bale wrappers including the McHale W2020 High Speed Round Bale Stacking Wrapper and their C4 Straw Blower & Silage Feeder Range along with many bale handling and splitting implements.

Take a look at the clip below to see what is on offer at FTMTA Grass & Muck.