The McHale Fusion 3 Plus is an innovative machine which offers the farmer or contractor a Film-on-Film application system whereby film is applied to the barrel of the bale instead of traditional methods such as net wrap.

This system offers the following advantages; 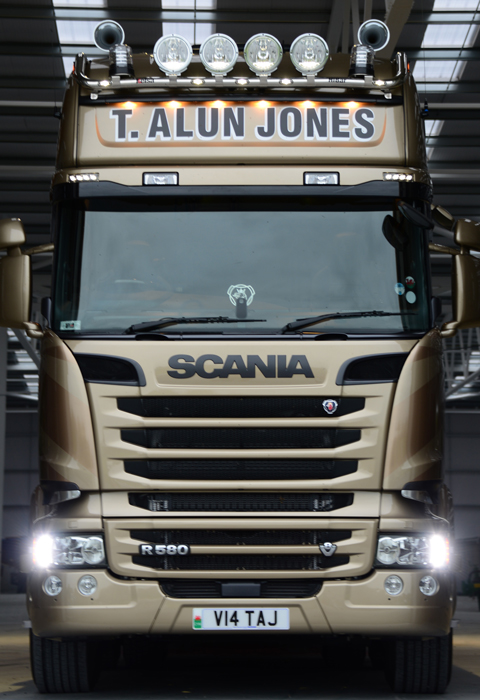 Scania are celebrating 50 years in the UK this year so to mark its Golden Jubilee they have manufactured a Limited Edition of 50 uniquely-numbered flagship trucks called the Golden Griffin. These V8 tractor units of which only 50 examples will be produced are instantly recognisable by their striking gold colour.

Haulage Company, T. Alun Jones recently purchased number 14 of the 50 limited edition trucks. The number 14 truck of the 50 made was chosen because it being the year the Golden Griffin was launched and the new truck has its own personalised (V14 TAJ) 14 plate. These Scania Golden Griffin trucks are fitted with Scania’s luxury Griffin pack as standard as well as a wide array of home comforts from a kitchenette to a TV/DVD player. All of this is accompanied by three luxury Scania packages which include Black Leather V8, Prestige and Driver thereby assuring the owner and driver the ultimate in terms of
specification, comfort and safety.

A wide range of active and passive safety features, including Lane Departure Warning, Adaptive Cruise Control and Advanced Emergency Braking will also be fitted, and each truck features a state-of-the-art entertainment system.

Paul Tannant departed the McHale factory in Ballinrobe, Co. Mayo with three McHale Fusion 3 Plus machines on board, the last machines destined for New Zealand this year, starting their 18,934km journey. 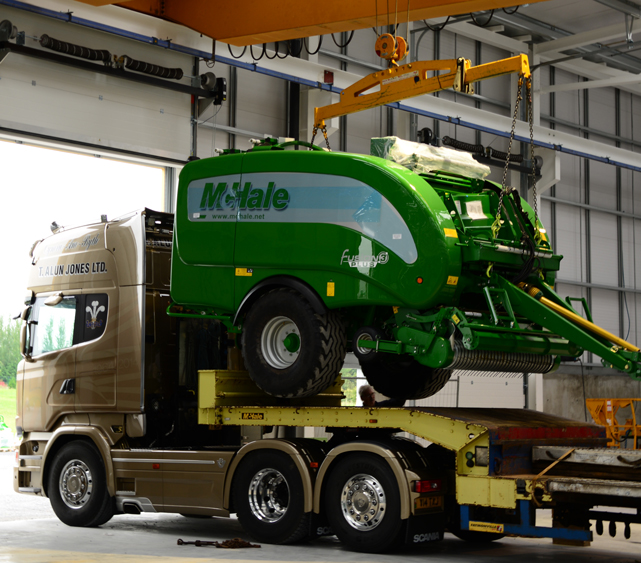